Our Speech and Language Therapists were out in force for the first national Swallowing Awareness Day as they held a series of events around the Trust. The day highlighted swallowing disorders and explained how people can connect with health professionals who can help. 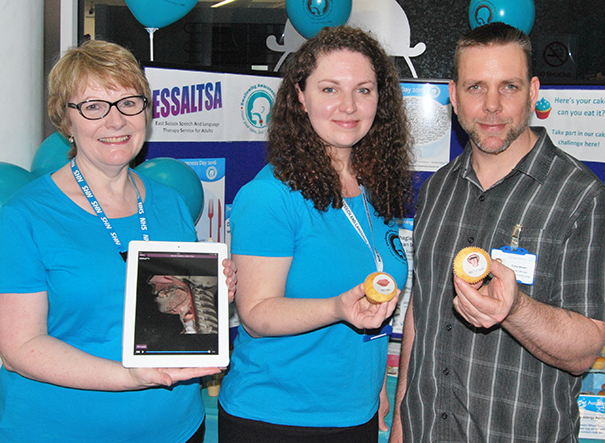 Practical examples were used to illustrate swallowing problems including challenging people to eat a small cake by not using one of either their lips, teeth or tongue. Like breathing, swallowing is essential to everyday life. Humans swallow at least 900 times a day, around three times an hour during sleep, once per minute while awake and even more during meals.

Anita Smith, Consultant Speech and Language Therapist said: “Swallowing is something everyone does but no one talks about it. Swallowing problems can occur at any stage of life. Many people have swallowing difficulties after a serious incident such as a stroke, or as part of a life limiting disease such as Parkinson’s Disease or Motor Neurone Disease or just as part of getting older. The Speech and Language Therapist’s role is to identify these difficulties and support people to eat and drink safely where this is at all possible.” 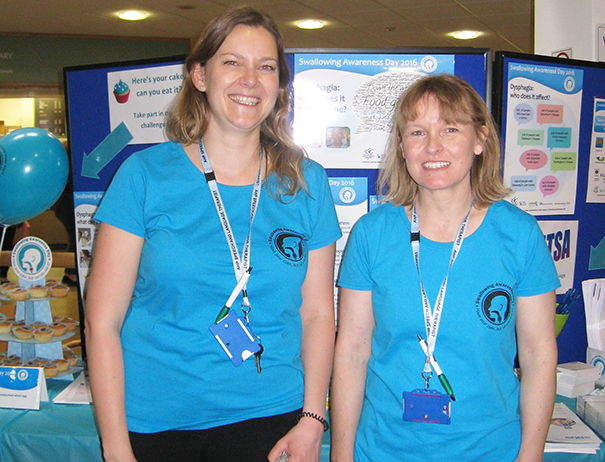