Doctors and Nurses at East Sussex Healthcare have taken part in a national drive to raise awareness of a condition in people living with diabetes.

Hypoglycaemia, also known as a “hypo”, happens when the blood glucose levels of people with diabetes drop too low and they can feel shaky, unwell and can even slip into a coma. 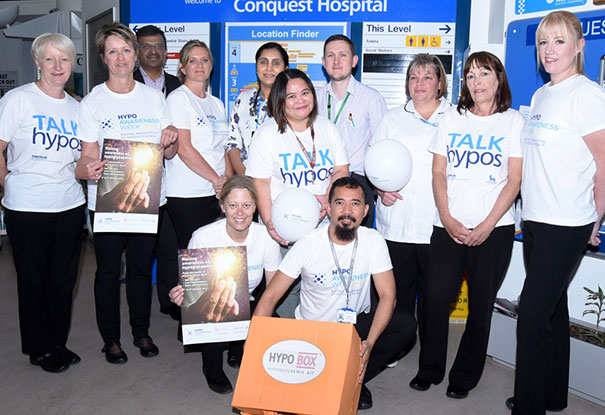 Doctors and Nurses from the Trust’s Diabetes team were raising awareness about, and reducing episodes of, hypoglycaemia as part of Hypo Awareness Week. 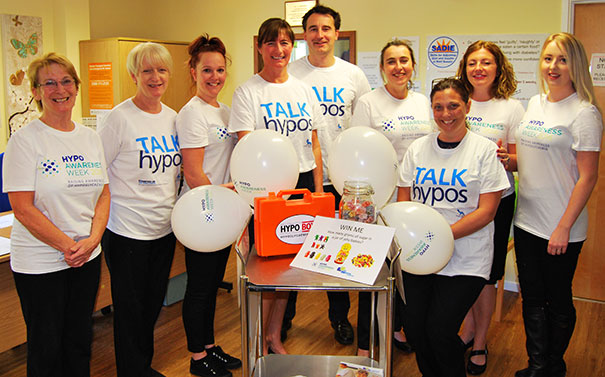 Sally Faulkner, Lead Diabetes Specialist Nurse, said: “Hypoglycaemia should be self-managed but if treatment is delayed or inappropriate it can become a medical emergency. It is essential that people who are at risk are hypo-aware and critical that they have timely and appropriate treatment. Diabetes, as a condition, is very complicated. The recognition and treatment of hypoglycaemia is very straightforward but unfortunately remains misunderstood.”

During hypo awareness week, the diabetes teams at Conquest Hospital and Eastbourne DGH undertook a variety of activities to get this common complication talked about and to ensure that everyone knows what to do if hypos occur.

The number of people with diabetes in hospital beds has increased since 2010, up from 14.6 per cent to 16.8 per cent in 2015, according to the latest results from the National Diabetes Inpatient Audit(1).

The bedside survey also found that more than one fifth (21.8 per cent) of inpatients had one or more hypoglycaemic episodes over the previous seven days of their stay(2).