Schoolboy Tendai Nengoma (11 years old) sold his old toys to donate the proceeds to the Children’s ward at Eastbourne DGH. Tendai who attends Heron Park Primary Academy had an idea to hold a sale of his old toys and managed to raise £8.09. He came along to the ward to give the money to the doctors and nurses on the ward. 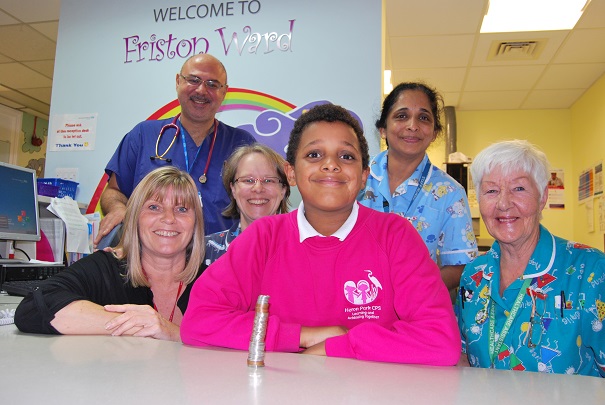 Tendai Nengoma with his donation and staff on Friston Ward

Tendai Nengoma said “I held a charity sale at school of my old toys and wanted to give the money to the kind doctors and nurses on Friston ward.”

Sister Caroline Hyde said “It was great to hear about Tendai’s efforts to raise money by selling his old toys. He is a very caring and generous boy. We are very grateful.”