Critical Care Sister Veronica Carey is retiring after 41 years’ service in the NHS. Past and present colleagues meet to give her a good send off.

Veronica was given a cake intricately decorated as a critical care nurse complete with edible stethoscope, scissors, ECG traces, pills and a syringe along with a number of other presents from her colleagues past and present. 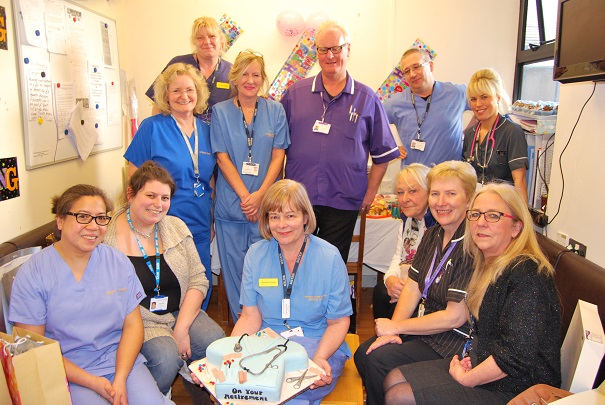 Matron Simon Speed said: “Veronica, known as Sister V, will be greatly missed by the team in critical care having worked in the unit for much of her career. She is a very good nurse and I know many see her as a role model.”

Veronica started her nursing career at 16 as a Nurse Cadet at the Royal East Sussex Hospital. Speaking fondly about her career in Hastings Veronica Carey said: “I have been part of a great team and worked with so many great people.”