Members of our Estates team have been recognised with a monthly staff award for their hard work following an external power supply interruption in December, which caused the Eastbourne DGH site to run on standby generators, for an extended period. 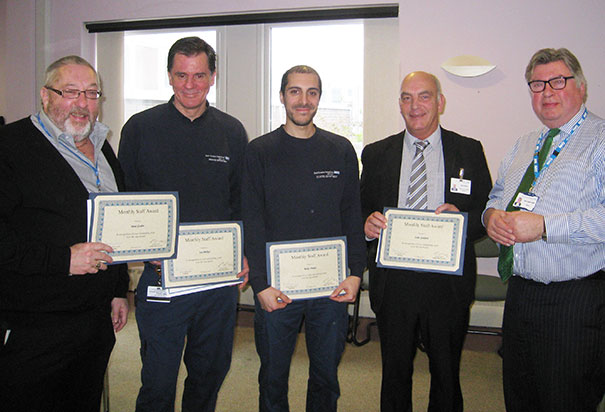 Chris Hodgson, Associate Director of Estates and Facilities said: “During external power supply interruption the Estates Team worked tirelessly in a very professional way through the late afternoon, evening and though the early hours of the following morning to ensure that the hospital continued to operate as normal as possible. They worked very closely with clinical colleagues at all times to ensure that the hospital continued to run with minimal disruption.”

Colin Goddard, Deputy Estates Manager added:“It was great for our team to be recognised for their hard work and dedication on the day.”