Swallowing Awareness Day was marked by Speech and Language Therapists with a number of events held around the Trust.

The aim of the day (Monday 6th March) was to raise awareness of swallowing disorders, the impact they can have and the role that Speech and Language Therapists can play in supporting patients to eat, drink and swallow safely. 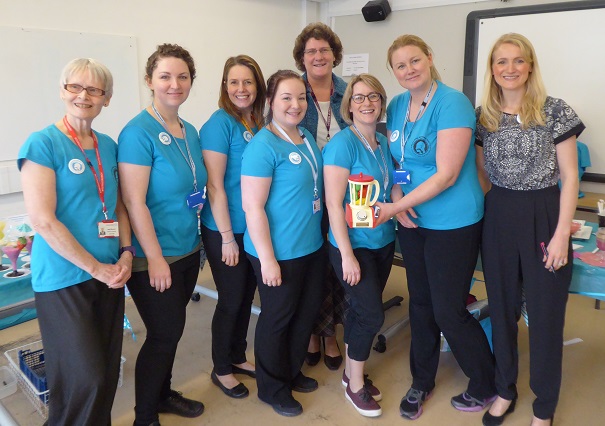 Winners of the Great British Blend Off, with judges Lucy Jones and Alice Webster 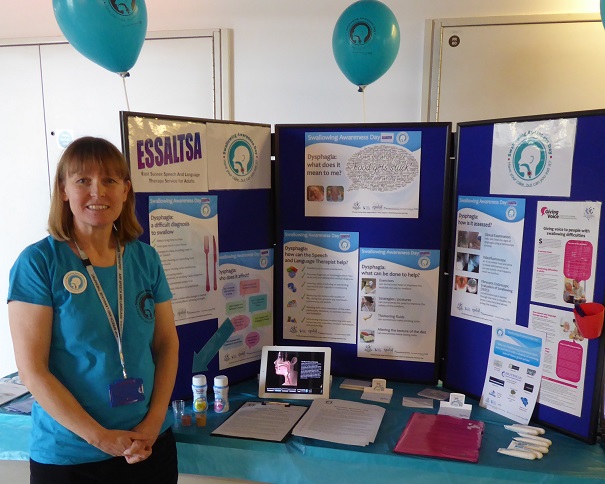 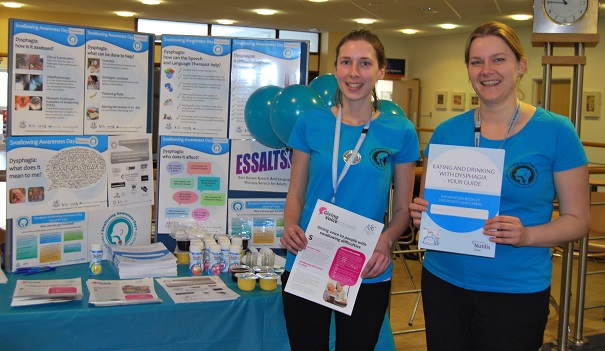 The main event of the day was “The Great British Blend Off”, a head to head competition between Speech and Language Therapists and Dietitians to make tasty, easy to swallow meals and drinks, judged by celebrity dietitian, writer and TV presenter Lucy Jones alongside Chief Executive Adrian Bull and Director of Nursing Alice Webster. Information stands for both staff and visitors were manned by Speech and Language Therapists at Bexhill Hospital, Conquest Hospital and Eastbourne DGH providing fun games, interactive apps and a quiz with the chance to win a Fortnum & Mason hamper.

Like breathing, swallowing is essential to everyday life. Humans swallow at least 900 times a day and dysphagia (the medical name for swallowing disorders) can be caused by a number of conditions, including stroke, cancer, respiratory conditions and neurodegenerative diseases such as Parkinson’s disease, multiple sclerosis and dementia. In 2014/15, almost 40,000 people were admitted to hospitals in the UK with a primary diagnosis of dysphagia.

Anita Smith, Consultant Speech and Language Therapist said: “Swallowing is something everyone does but no one talks about. Swallowing problems can occur at any stage of life. Many people have swallowing difficulties after a serious incident such as a stroke, or as part of a life limiting disease or just as part of getting older. The Speech and Language Therapist’s role is to identify these difficulties and support people to eat and drink safely where this is at all possible.”