The Buchanan Delivery Suite at Conquest Hospital was the beneficiary of £13,076.05 donation from local Masons.

Colin Dann, Trustee of the Sussex Masonic Charities, presented a cheque to Buchanan Delivery Suite Lead Matron Kirsty Milward and other members of the maternity team. 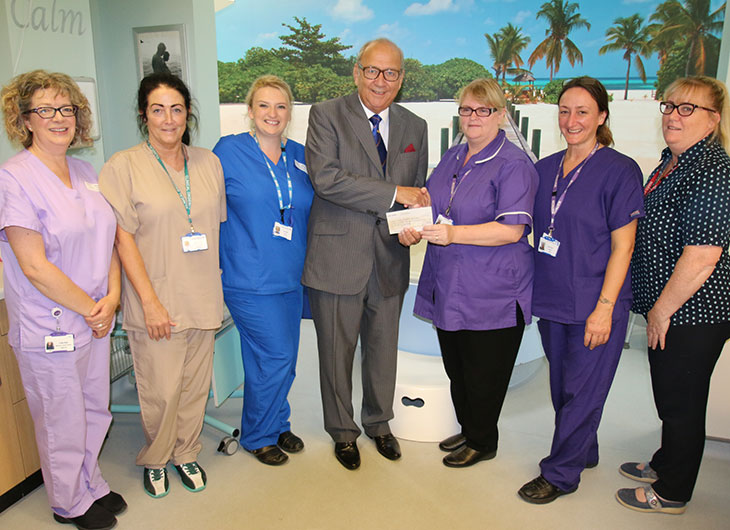 Matron Kirsty MiIward said: “We would like to thank the Sussex Masonic Charities for their generous donation which will be used to buy equipment to monitor mums to be and their babies. We will also be getting a washer dryer and a small fridge for our Bereavement Room.”

The Masonic Charitable Foundation is one of the largest grant-making charities in the country funded entirely through the generosity of Freemasons and their families. The Foundation brings together the work of four national Charities which had been operating separately under various names since the early 18th Century.