A new way of identifying babies requiring extra support following delivery, called the ‘The Bobble Hat Care Bundle’, has been introduced on the maternity unit at Conquest Hospital. 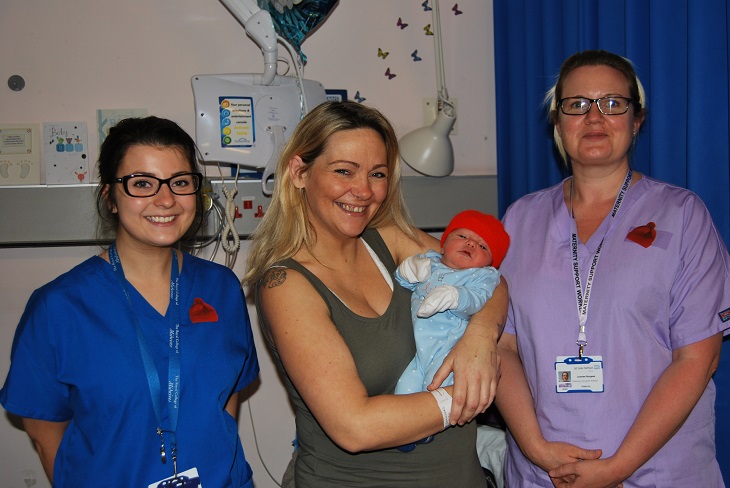 Every baby identified as requiring extra support receives a red hat straightaway after birth, to make them clearly identifiable. The use of these bobble hats has reduced the number of unnecessary admissions into the Special Care Baby Unit (SCBU).

Debbie Laing, Maternity Matron said: “This initiative has been extremely well received by staff and parents alike. It helps staff to immediately identify babies who require additional care or observation, and it is used in communication at all handovers with a red hat symbol on the ward white board. The mothers take reassurance from this system because they know that staff are aware of their baby’s needs”.

The Bobble Hat Care Bundle originated from Royal Surrey County Hospital and since its introduction on the maternity unit, has received positive feedback from parents, maternity and medical staff.