The national initiative called ATAIN, set up in February 2017, aimed to reduce harm leading to avoidable admissions to neonatal units for babies born at or after 37 weeks. The target was for units to have less than 6% of births to be term babies admissions admitted to Neonatal Units. The Special Care Baby Unit at Conquest Hospital is consistently less than 4% and performing better than many similar (Level1) neonatal units. 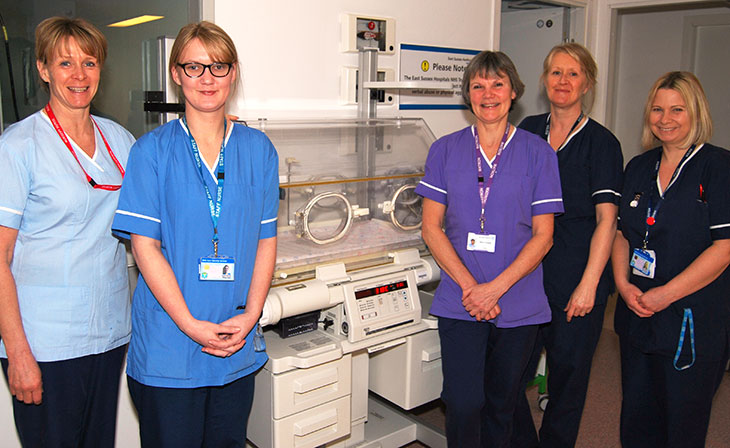 Wendy Thompsett SCBU Matron said: “Our performance is a result of good team work on SCBU and collaborative working with our Maternity colleagues to identify babies whose admission to a neonatal unit could be avoided. There is overwhelming evidence that separation of mother and baby so soon after birth interrupts the normal bonding process, which can have a profound and lasting effect on maternal mental health, breastfeeding, long-term morbidity for mother and child. This makes preventing separation, except for compelling medical reason, an essential practice in maternity services and an ethical responsibility for healthcare professionals. So we have worked hard, with our colleagues, to promote an understanding of the importance of keeping mother and baby together when safe to do so.”