The children and staff of the Rainbow Nursery at Eastbourne DGH presented the Friends of Eastbourne Hospital with a cheque for £136.97.

The money was raised in the week leading up to the NHS 70th Anniversary when the children and staff at Rainbow Nursery had a ‘marketplace’ selling things they had made; such as cards, cakes, decorated pots and plants. In addition, the children also took part in a sponsored sensory walk in the garden of the nursery. 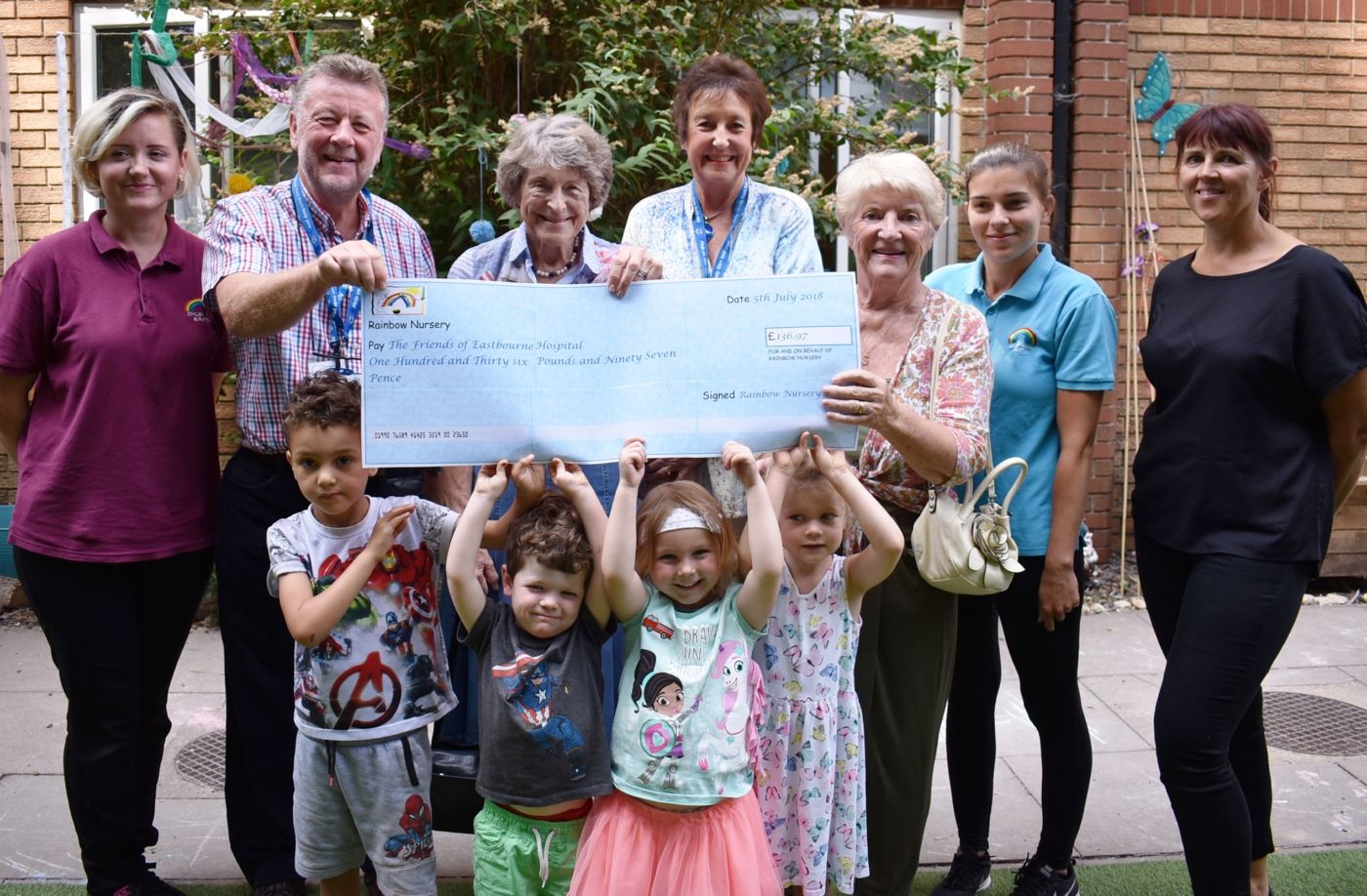 Jacquie Fuller Employee Support Manager said “The children have been fantastic at raising money for the Friends and spent some time rehearsing their song. My thanks to Agne Vitkute who organised the events with help from other key staff Emma, Melissa, Gabriele and Tracy.”

Harry Walmsley Chairman of Friends of Eastbourne Hospital said: “I often have the pleasure of giving donations to the hospital on behalf of the Friends of Eastbourne Hospital but, this time, it was wonderful to be receiving a donation from the children for all their hard work fundraising. Myself, and my fellow trustees, were delighted by the lovely song they sung to us when we were presented with the cheque and amazed at the facilities on offer in the nursery.”

Rainbow Nursery is a purpose-built nursery with large enclosed garden area offering NHS staff childcare from as young as six months up to eight years of age. It was rated ‘good’ with some areas of ‘outstanding’ in its last Ofsted inspection.