David Kay, a Physiotherapy Assistant at Eastbourne DGH, has taken part in Macmillan’s ‘Brave the Shave’ campaign and had his hair, beard and eyebrows shaved off, to raise over £1,700 for Macmillan. 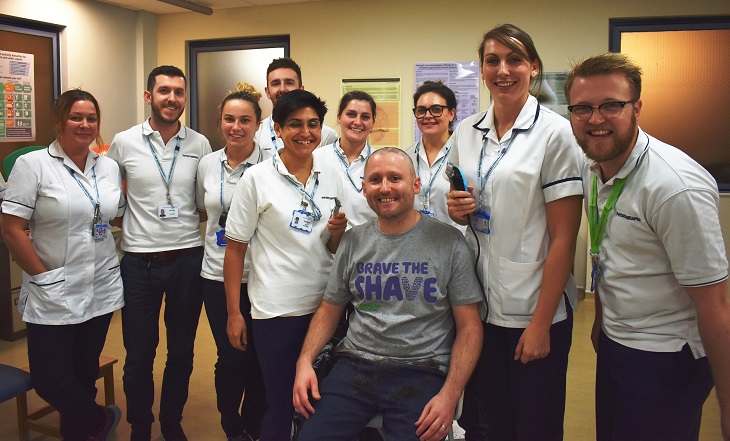 David had his head shaved by two physiotherapists in front of colleagues during a lunch break. David said: “The generosity of my colleagues and patients has been amazing. Initially, I was aiming for £300 with a head shave, but when that target was reached and to boost donations even more, I agreed to get my beard shaved. The pressure then grew to raise more so I agreed to shave my eyebrows if over £1000 was raised. The target was achieved and even more money has now been raised for this amazing charity. I am now enjoying my colleagues stroking my head, which never happen before!.”

Anne Canby, Assistant Director for Allied Health Professionals said: “David has been an amazing sport and raised so much. He looks so different now!”

It is hoped David can now get over £2,000. Donations can still be made on https://bravetheshave.macmillan.org.uk/shavers/?text=david+kay