The Clinical Improvement Team of Emma Jones-Davies, Emma Tate and Sammi Foy have won the Employee of the Month award for their efforts in lowering the Trust’s mortality rate from sepsis by 38%, in the past two years. 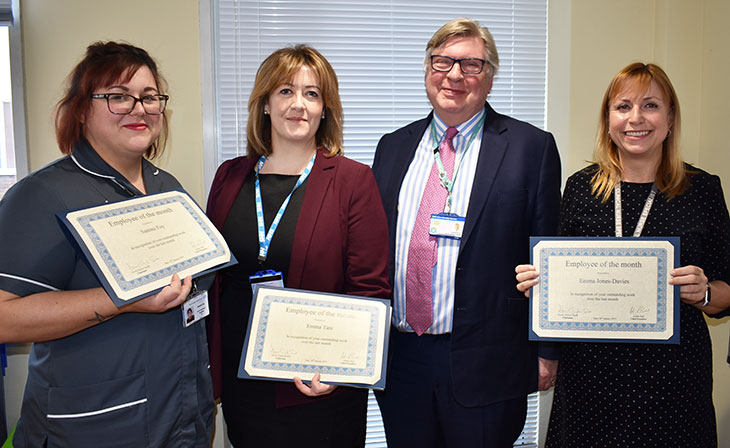 Dr David Walker, Medical Director, who nominated the team, said: “Emma Jones-Davies, Emma Tate and Sammi Foy have worked tirelessly for the last two years to introduce the Sepsis Six screening and improve mortality. Through their efforts mortality from sepsis has fallen 38% in two years which is a remarkable achievement, and has been a major contributor to the overall reduction in mortality for the Trust.”

Sepsis claims the lives of up to 37,000 people each year in the UK.