Patricia Harding who made and sold Dove Tote bags to sell to friends, has donated £1000 in memory of her late husband Leonard of 60 years as a thank you to the team who cared for him. 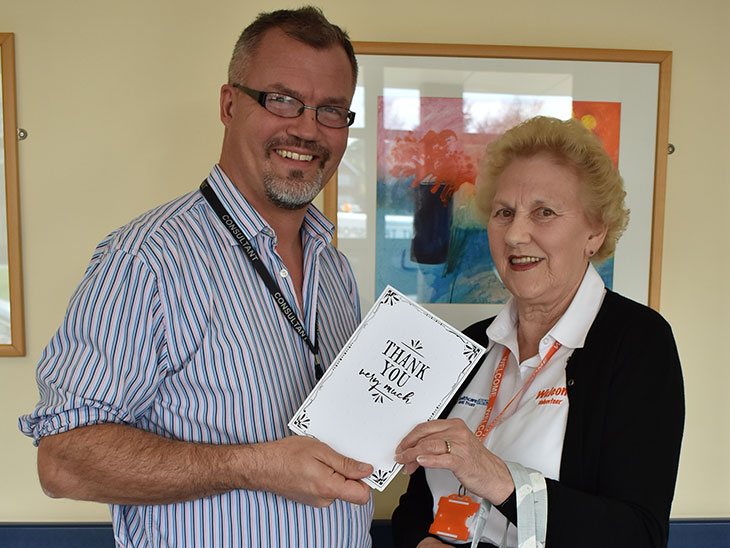 Following Leonard’s death Patricia, who volunteers one day a week at Eastbourne DGH, occupied her time by making Dove Tote bags to sell to friends. She raised £1,000 which was presented to Consultant Gastroenterologist Dr Phil Mayhead to thank him and his team for the care they gave her husband.

Patricia Harding said: “I am extremely grateful for the care and support my husband Leonard and I received whist under the care of Dr Mayhead and his team at the hospital. Making the Dove Tote bags and selling them was a way to raise money and keep me occupied in the weeks and months after Leonard’s passing. After being together for 65 years and married for 60 of them it is very hard to get used to being alone after so many happy years of companionship.”

Consultant Gastroenterologist, Dr Phil Mayhead said: “Leonard was a long term patient of mine and I and the rest of the Gastroenterology team are extremely grateful to Patricia for this donation. The money will go towards new equipment.”