The Diabetes Department have been given a donation of £700 by the landlady and customers of the British Queen Public House in Willingdon, following a charity day in aid of Diabetes and the British Heart Foundation. 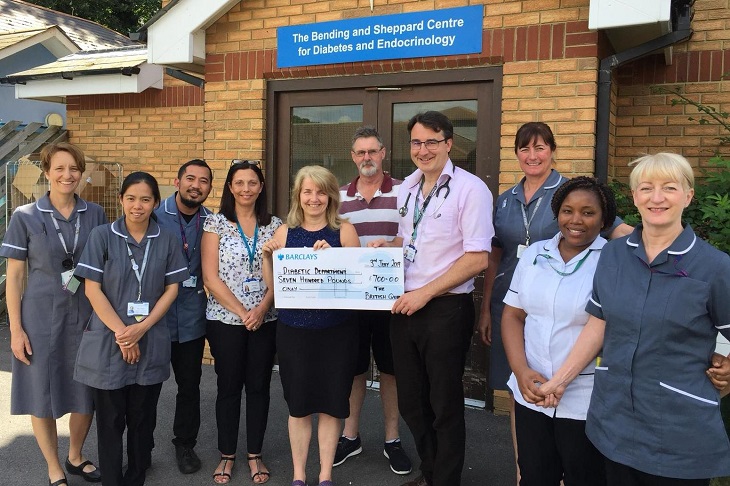 Diabetes Team receive a cheque from Angela Cain, Landlady at the British Queen

Angela Cain, the landlady of the British Queen pub presented a cheque to the diabetes team at Eastbourne DGH.

Erwin Castro, Diabetes Nurse Consultant said: “We are extremely grateful to the British Queen for their generosity. It was truly inspiring to see Angela and her team raise awareness of diabetes and at the same time raise funds to support the Diabetes Team.”

Diabetes is a lifelong condition that causes a person’s blood sugar level to become too high. There are two main types of diabetes:

Type 2 diabetes is far more common than type 1. In the UK, around 90% of all adults with diabetes have type 2.