Eleven year old Brayden Farmer from Westfield School who raised £10 through making fruit pots and rice crispy cakes and selling them to his friends, has donated the money to SANDS, a stillbirth and neonatal death charity. 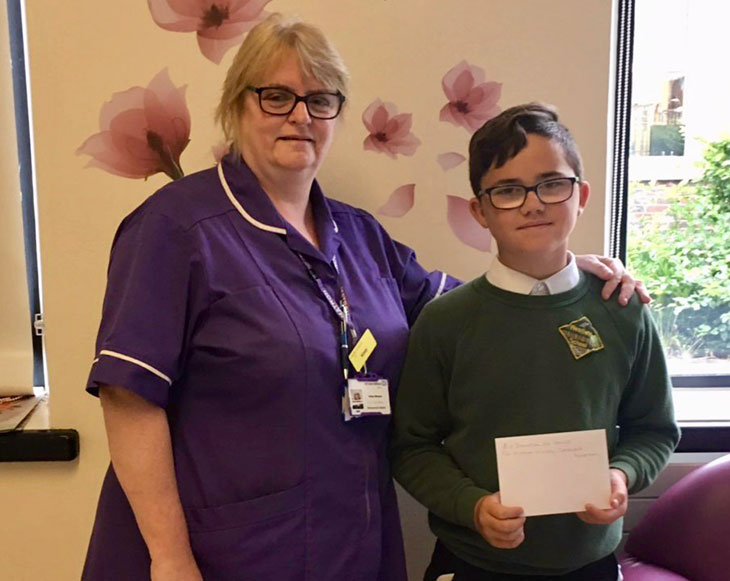 Brayden visited the Maternity Unit at Conquest Hospital to present the money to Kirsty Milward, Labour Ward Lead Matron and Bereavement Midwife and hospital link with Hastings and East Sussex SANDS. Brayden felt SANDS was a good cause and he liked the way it supported families in hospital and at home.

Kirsty Milward, Labour Ward Lead Matron said: “It was so good of Brayden to give up so much of his time to raise money to help others. His donation will contribute to the valuable and much appreciated work of the charity in supporting families at a very sad time in their lives.”

SANDS is the stillbirth and neonatal death UK charity who support anyone affected by the death of a baby, work to improve the care bereaved parents receive, and promote research to reduce the loss of babies’ lives – www.sands.org.uk