One of our consultant orthopaedic surgeons has been appointed president-elect of the Medical Women’s Federation.

Mrs Scarlett McNally, who has worked at East Sussex Healthcare NHS Trust (ESHT) since 2002 and has been a key role model in the Women in Surgery initiative over the past three decades, was elected to the role in February. 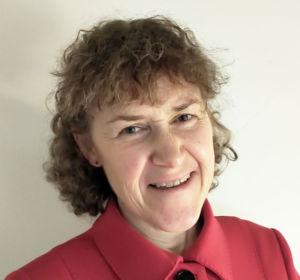 The Medical Women’s Federation (MWF) is the voice of UK medical women on medical issues and aims to improve the working lives of women doctors, amplify their voices and provide a unique network of women doctors in all stages of their career.

Scarlett said: “I am delighted to have been elected! I want to see women doctors and medical students supported to thrive in the NHS. I also hope that we can influence across other sectors, so the whole population is supported to keep healthy.”

Alongside her clinical role at ESHT, Scarlett is deputy director at the Centre for Perioperative Care. She was the ninth woman elected to the Council of the Royal College of Surgeons of England, serving on the council between 2011 and 2021, and is a key voice in raising awareness of the importance of avoiding unconscious bias and taking the pressure off doctors.

She said: “There is lots of evidence now that the experiences of women as doctors, medical students and citizens are different from those of men. There are many ways that we can make things more equal, as individuals and as institutions. I am passionate about getting everyone to be the best that they can be. Change is possible. This means improving respect, support, opportunities, culture and education for staff and students.”

59% of female doctors in the UK are aged between 30 and 49 (The state of medical education and practice in the UK, General Medical Council, 2018). In a recent article, WiST [Women in Surgical Training] and WinS [Women in Surgery] across a surgical career, Scarlett wrote that “there are particular problems with surgical training, which is lengthy and often coincides with early parenthood.” The MWF campaigns for the development and acceptance of less than full-time training and working patterns at all levels of the profession. Surgery continues to be a predominantly male profession, with the number of female surgeons growing by just 3% since 2009, from 24% to 27% (Narrowing of NHS gender divide, NHS Digital, 2018).