A newly refurbished 26 bedded medical ward, which will give additional capacity to the hospital has opened at Eastbourne DGH after a complete refit, to improve the caring environment. 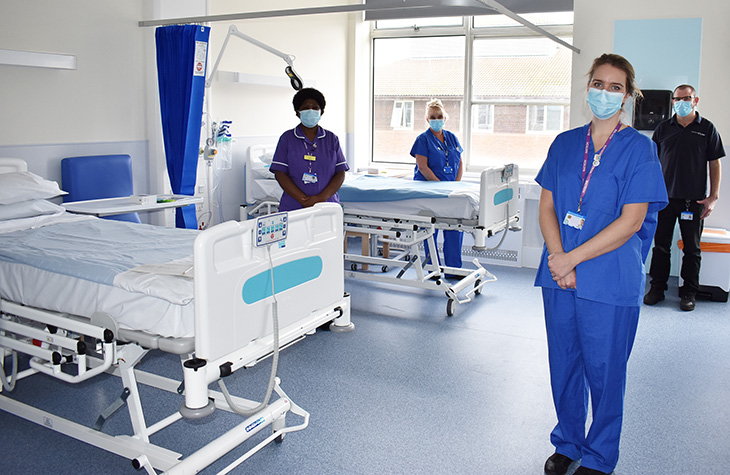 Members of Staff preparing the refurbished ward for opening

Devonshire Ward consists of five, four bedded bays and six single rooms. The ward has been reconfigured and completely refurbished with an increased number of individual side rooms to improve privacy and dignity of patients and the ward’s ability to isolate patients.  The redevelopment work cost £1.5 million and took four months to complete and also includes; a new ceiling, doors, flooring, lighting and improved washing facilities for patients.

Vikki Carruth, Chief Nurse said: “The new facilities are fantastic and are a big improvement for patients and staff. The ward has a modern look and offers an enhanced environment for patients. More side rooms offer greater privacy and dignity and the ability to isolate patients for infection control purposes.”

Devonshire Ward, will eventually be used as a decant ward to allow other wards in the hospital to be refurbished and improved as part of an ongoing investment programme.