To help us keep our patients, staff and visitors safe, stop the spread of Coronavirus (Covid-19), visiting restrictions are in place – please see click here for the latest information

It was built in 1840 at a cost of £7,200 to accommodate 440 inmates. After 1930 the workhouse was known as Battle Public Assistance Intuition and in 1948 became Battle Hospital specialising in geriatric care. The hospital closed in the late 1990s. 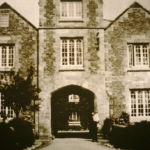