Cuckmere Ward is an acute medical ward specialising in gastroenterology and isolation of patients.

The clinical area comprises of one male bay with five beds, one female bay with six beds, and an additional bay with two beds as well as eight side rooms, five of which have ensuite facilities.

There is also have a clean room situated at the beginning of the ward which is used for invasive procedures, such as insertion of Centre Venous Pressure lines (CVP) and Percutaneous Indwelling Central Catheter lines (PICC).

Cuckmere Ward is on Level 3 (see map below). 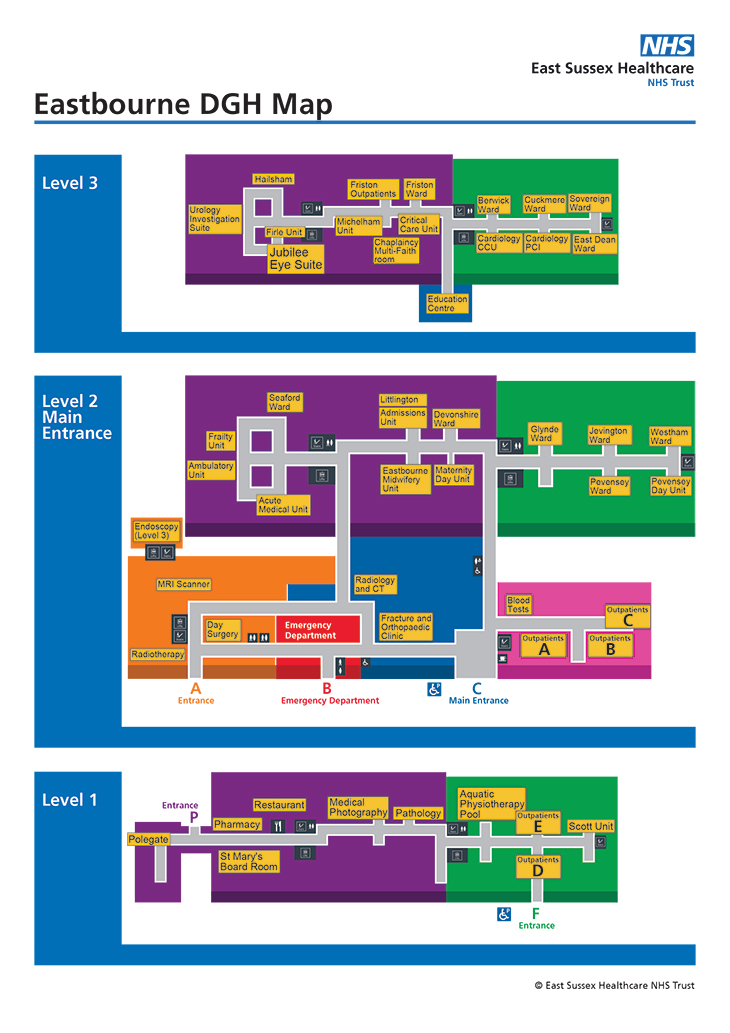